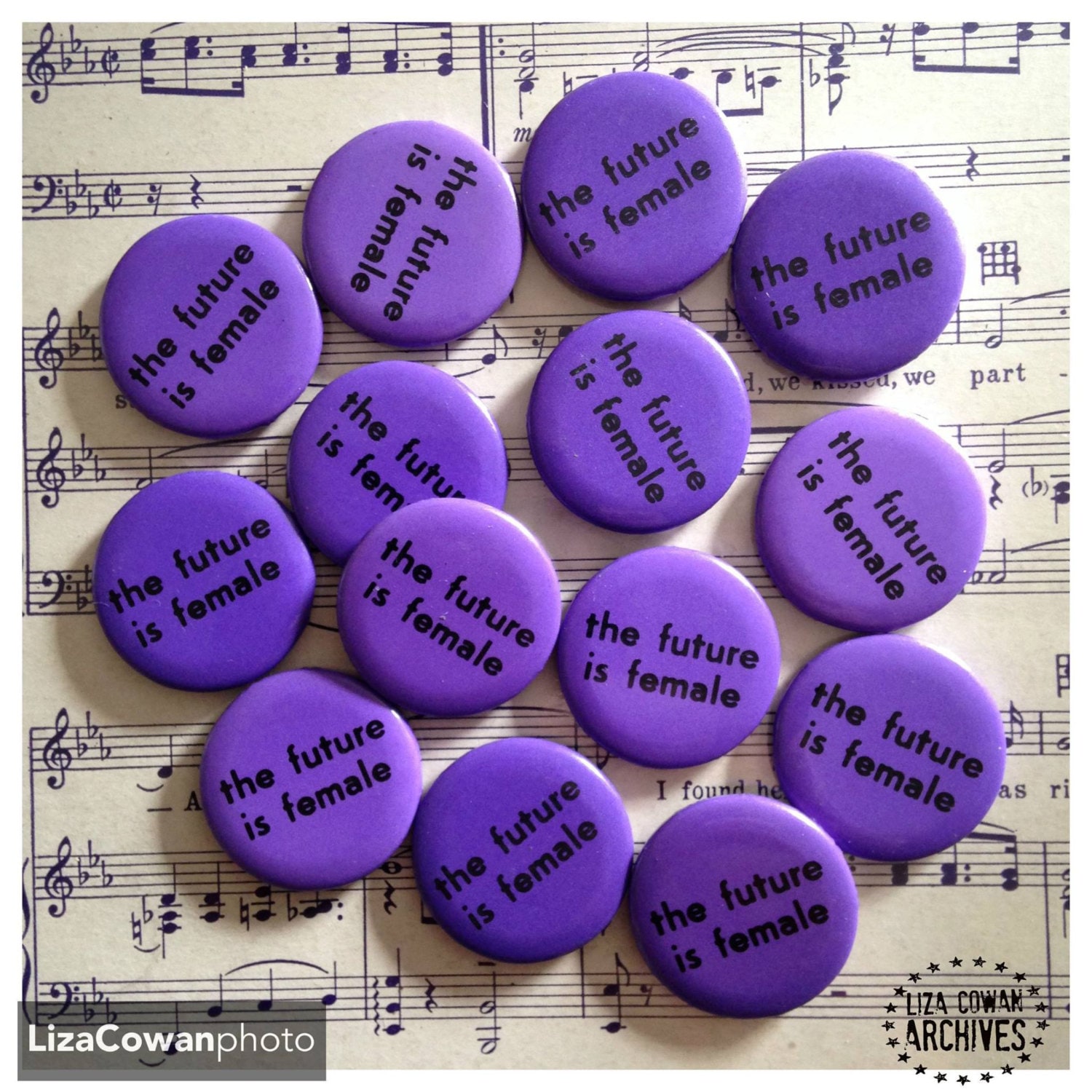 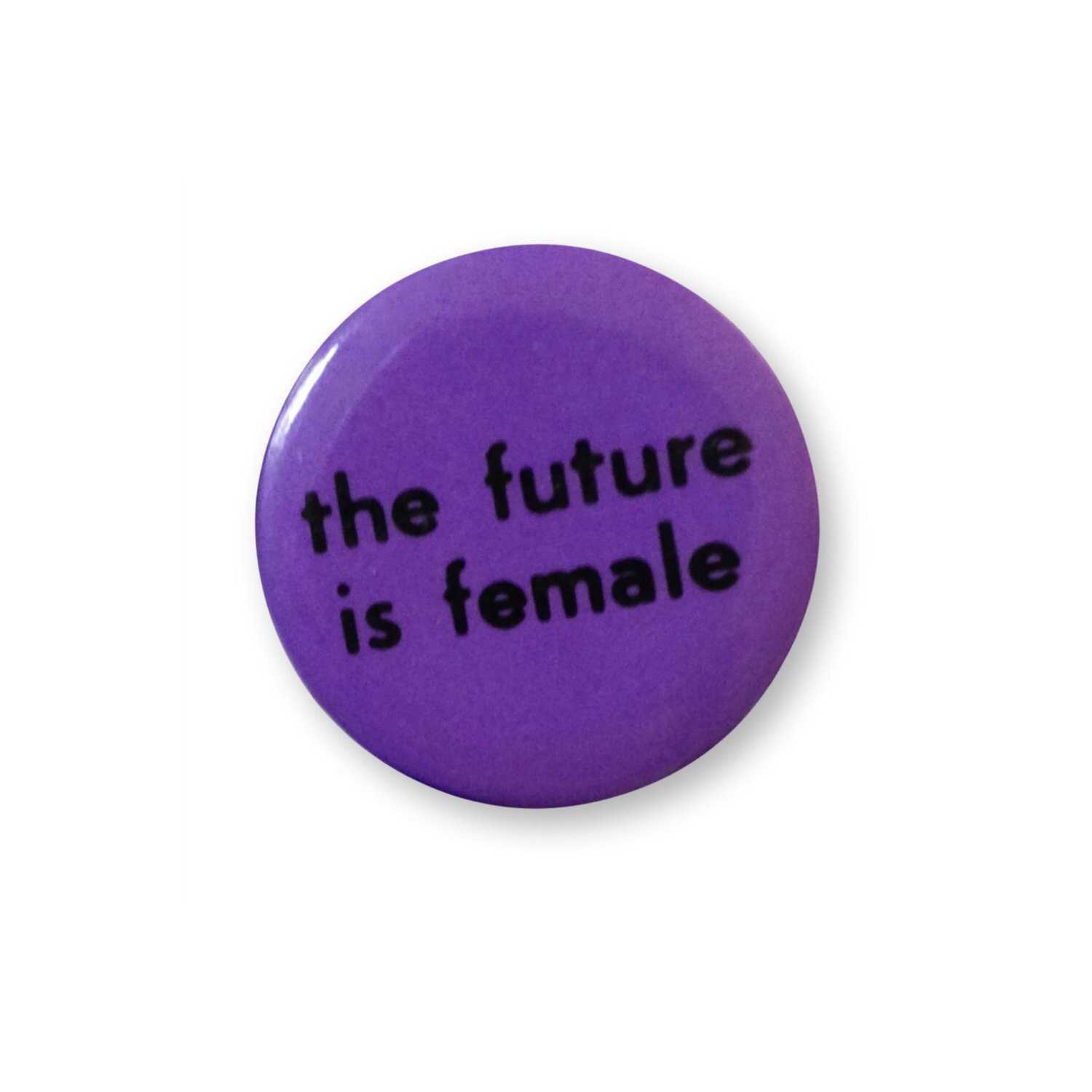 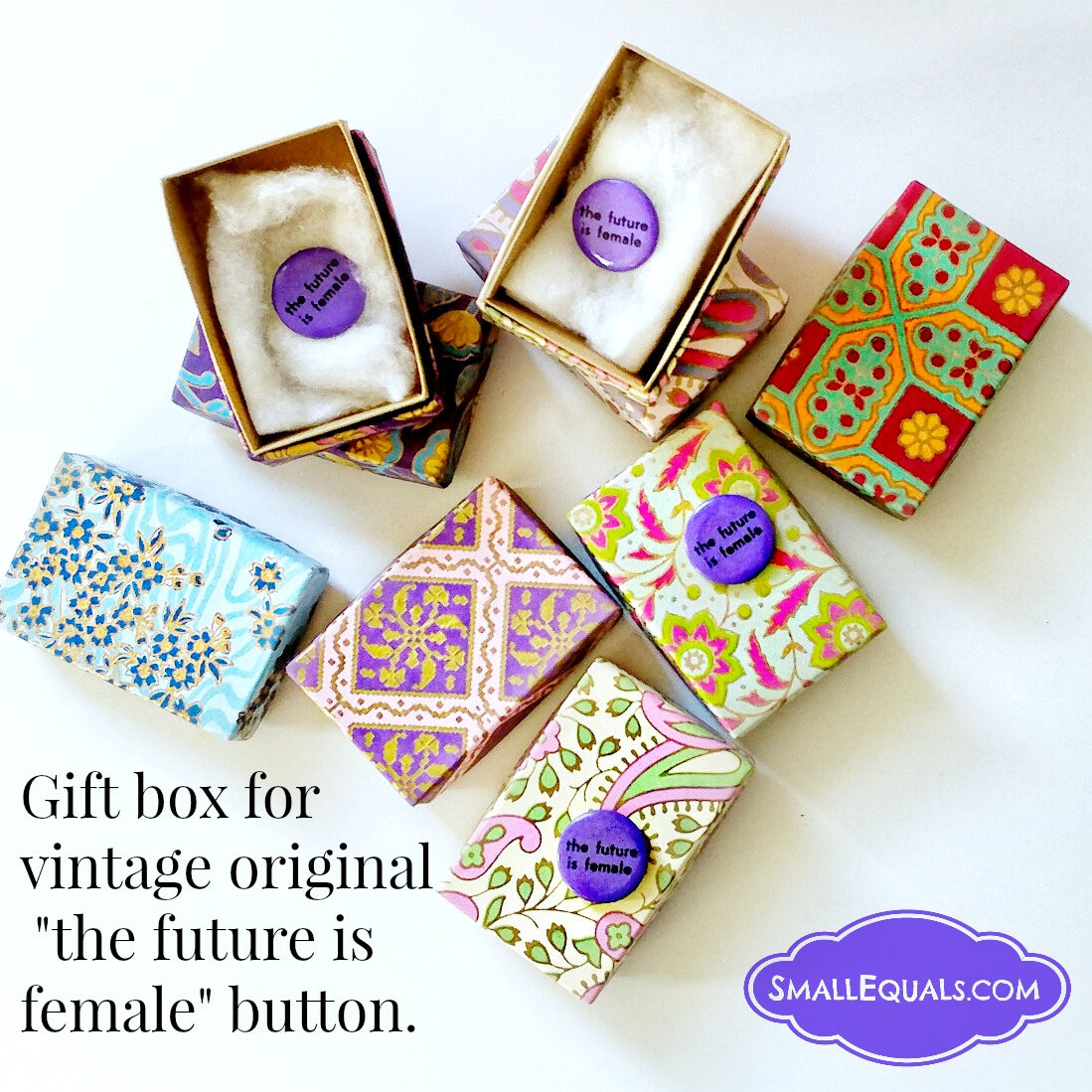 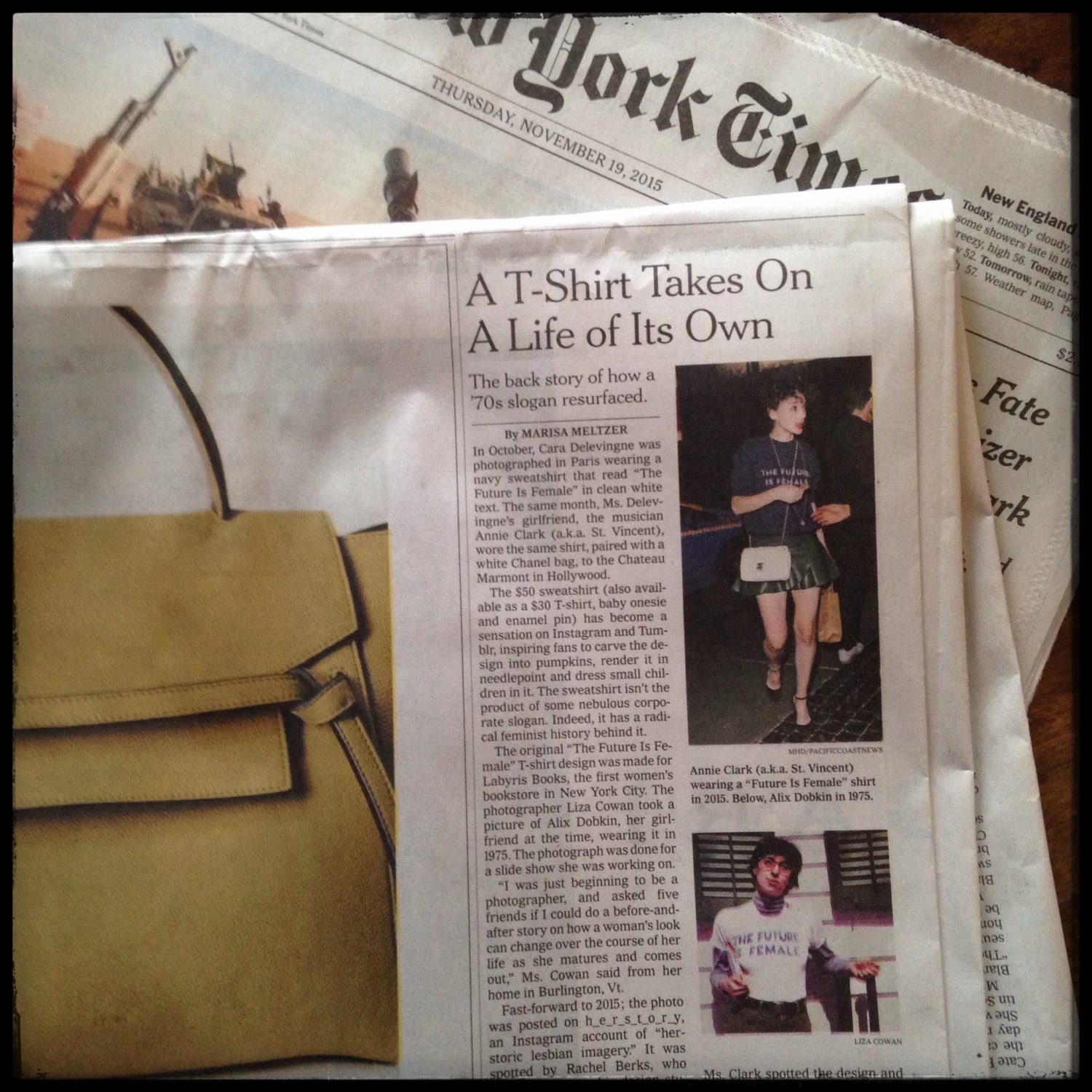 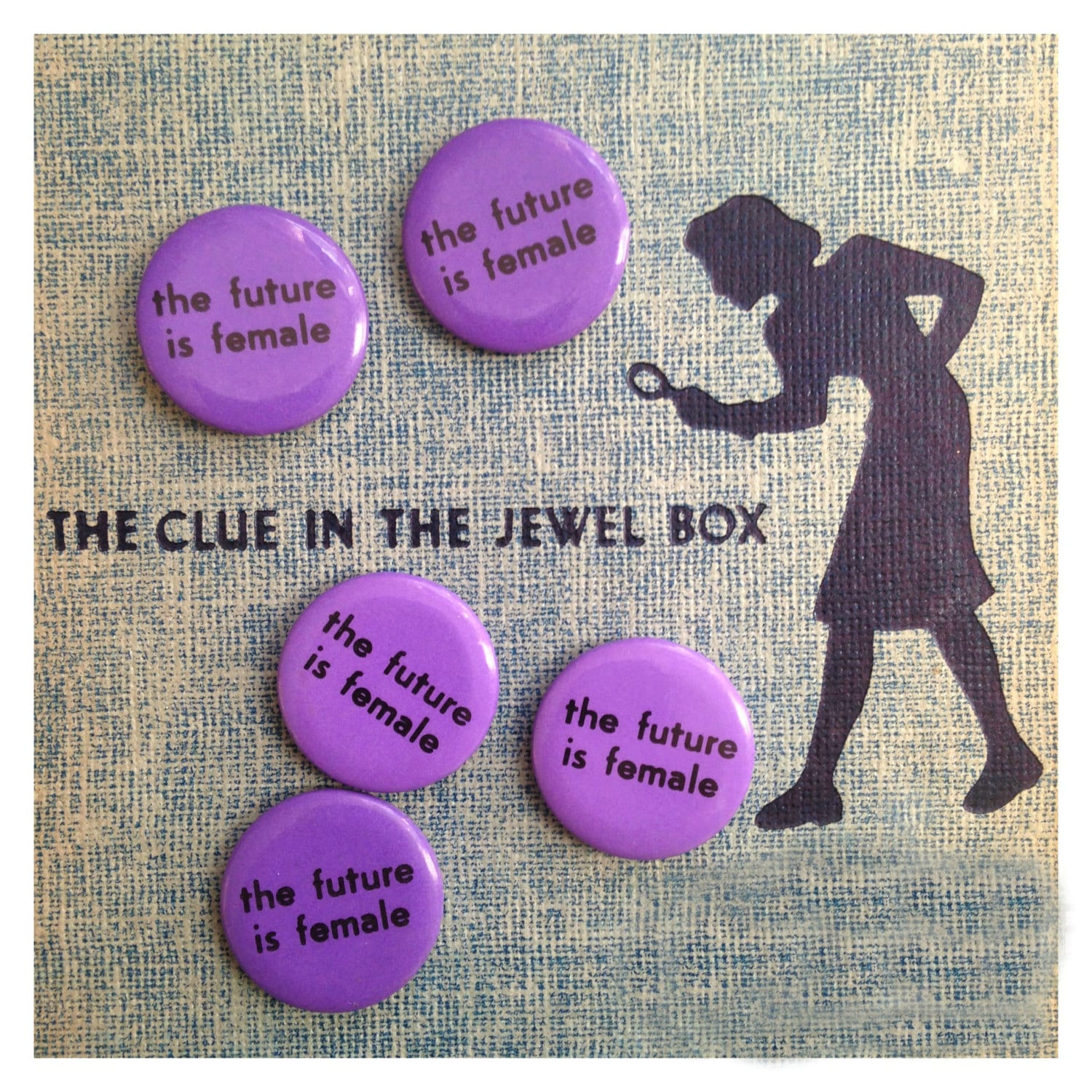 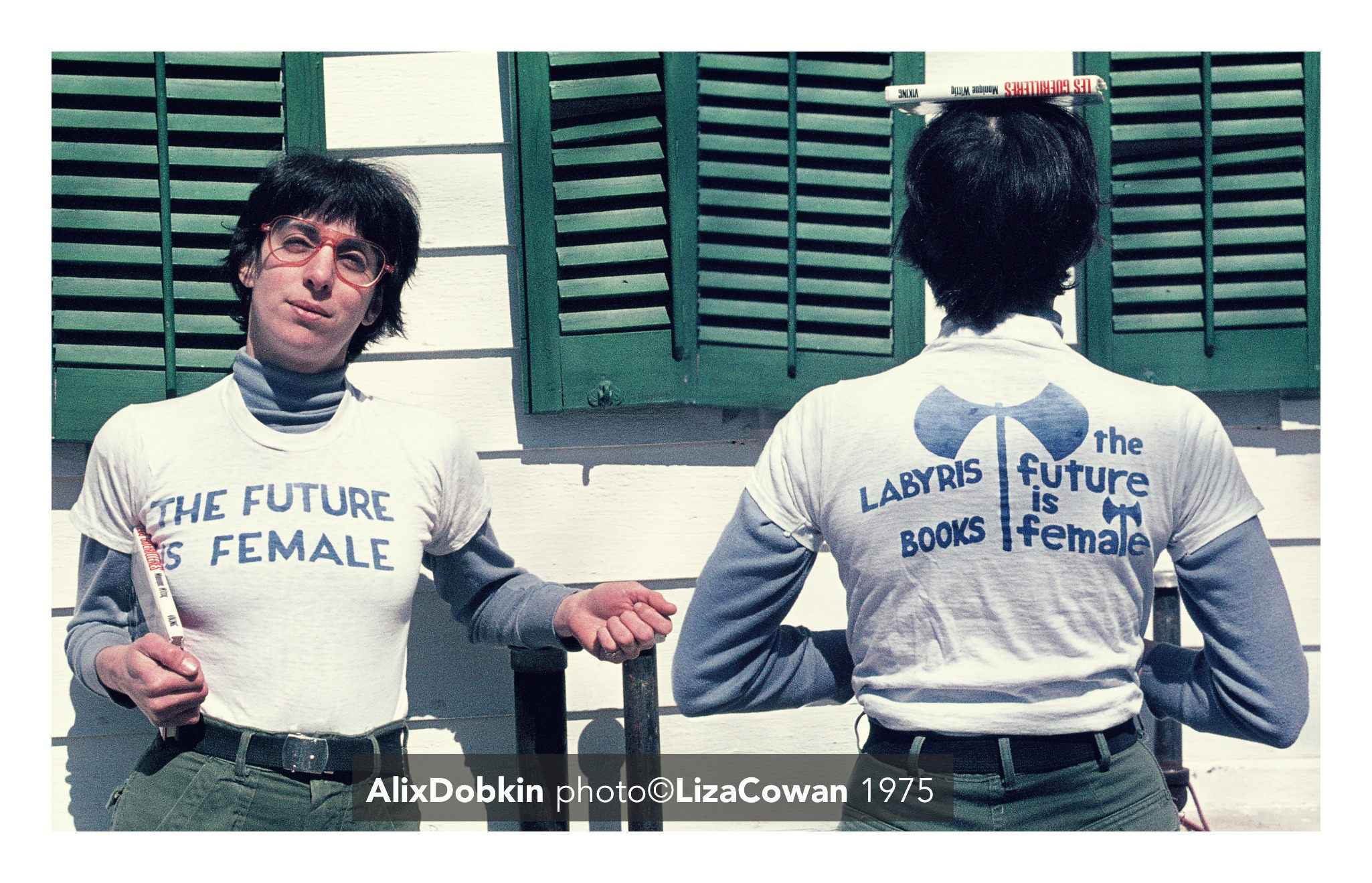 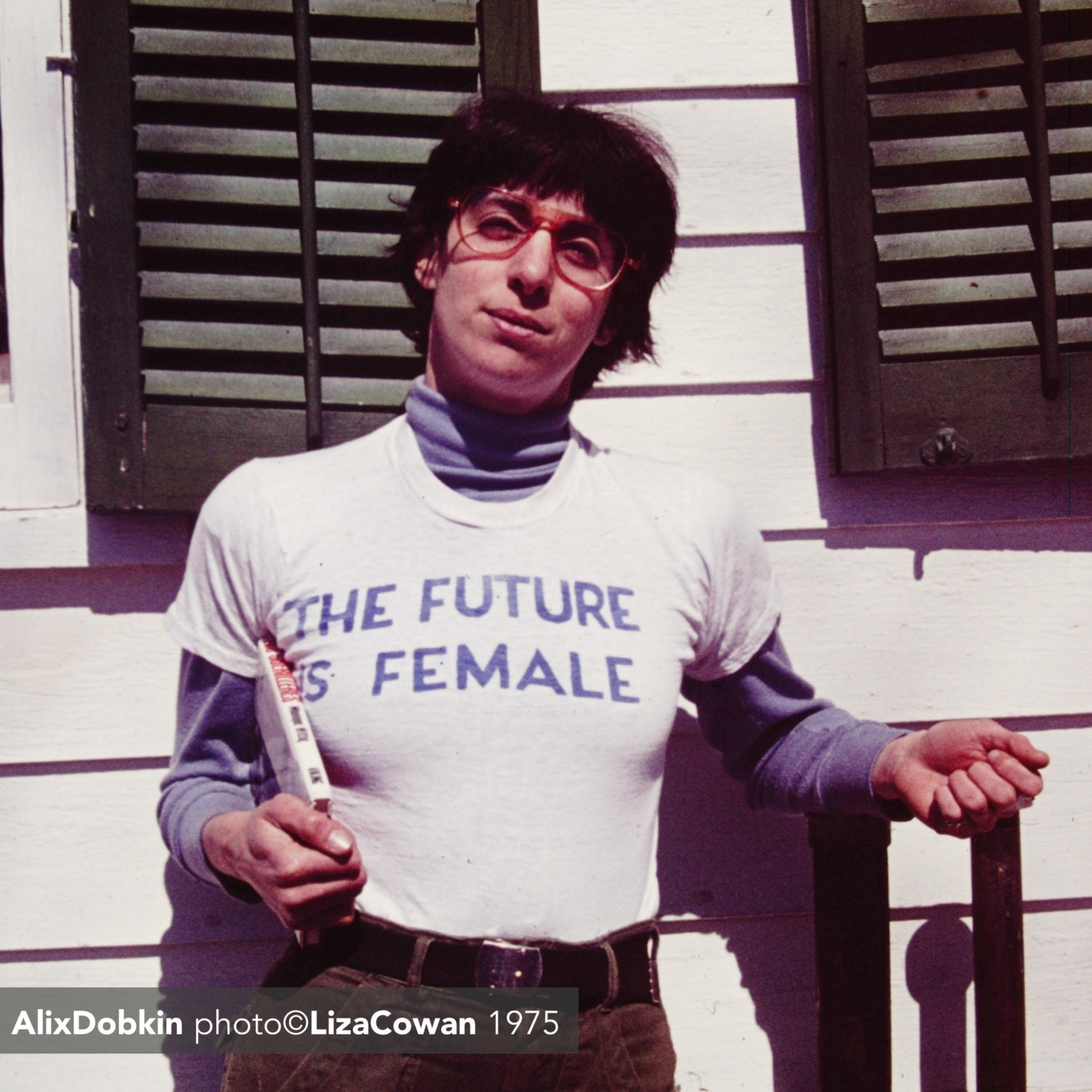 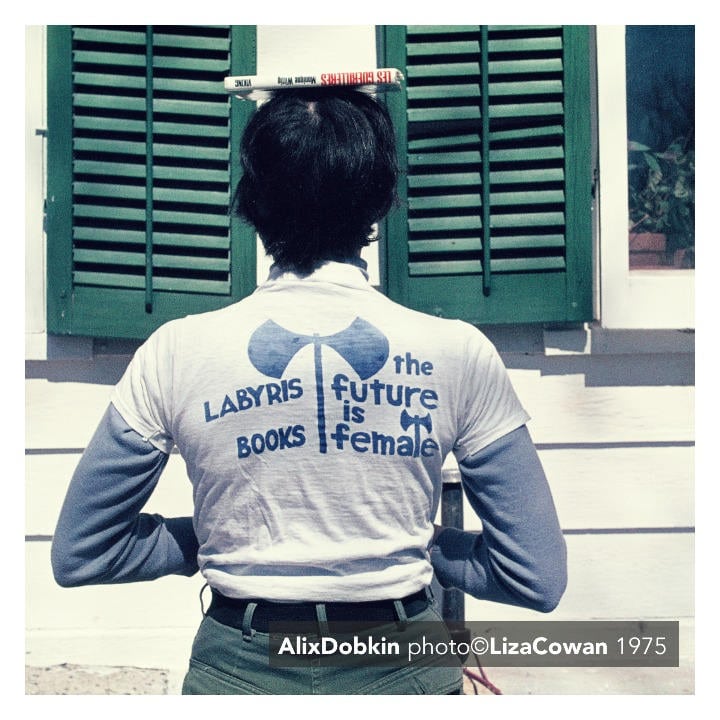 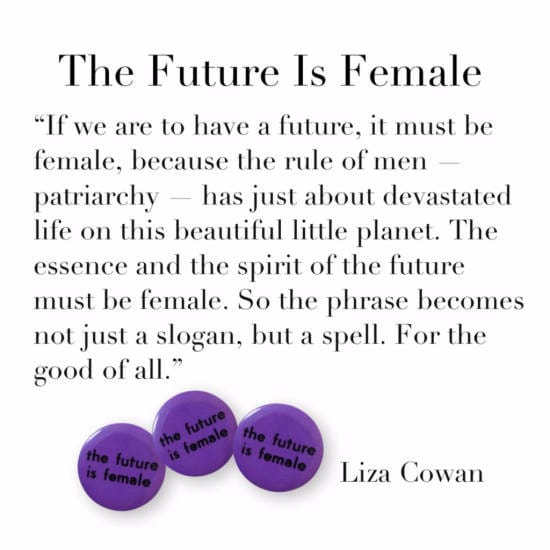 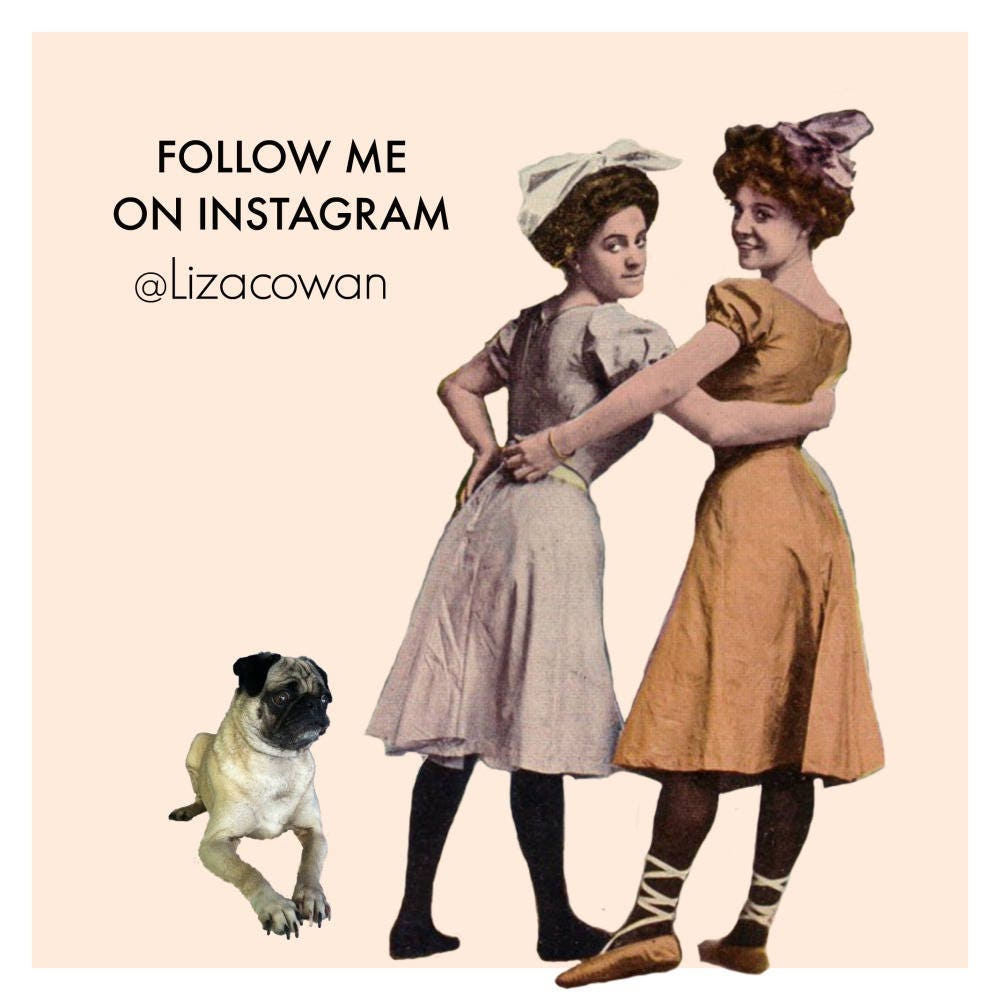 This is the very first, the original "The Future Is Female Button." I made this button in 1975 for the store Labyris Books, the first women's bookstore in New York City. It was their slogan. I was a customer and a friend, I was in the button business at the time, and sold my buttons at the store. We decided that a button of their slogan, "the future is female" would be a great for my line, and would be a perfect fundraiser for them. I donated half of the production run to them to sell as a fundraiser, and kept the other half to sell as part of my line in other venues.

This was around the same time they made the T-shirt which has now become famous, internationally. I took the photo of Alix Dobkin wearing the shirt, and 40 years later, I posted in on my various blogs and on pinterest and flickr. It was picked up by the Instagram H_E_R_S_T_O_R_Y, where it was seen by Rachel Berks from the the Los Angeles shop, Otherwild, who decided to remake it. From there, the slogan and the images went viral internationally. Google it, or follow the links below.

The buttons I have for sale are originals and in perfect condition. I've kept them in a jar for almost 40 years. You can now own a piece of history.

The button, the t-shirt, and the amazing history and follow up have been featured in many media outlets, including in The New York Times Styles section, The Washington Post, Forbes, and in hundreds of magazine and blog stories worldwide.

Interview with me about the shirt here: http://bit.ly/2wbNvqQ

BE SURE TO CHECK OUT ALL MY GREAT BUTTONS, FINE ART PRINTS, HOME GOODS, AND PERSONAL ACCESSORIES.
www.smallequals.com
or https://www.etsy.com/shop/SmallEquals

I was thrilled to be able to purchase this fascinating historical memento. Super fast shipping and the button is in pristine condition. Liza is quick to respond to messages, helpful and kind. Very happy with this shop!

Shipped fast, came with a free "The Future Is Female" magnet!

Arrived before etsy even said it had shipped! Really cool product and great seller.